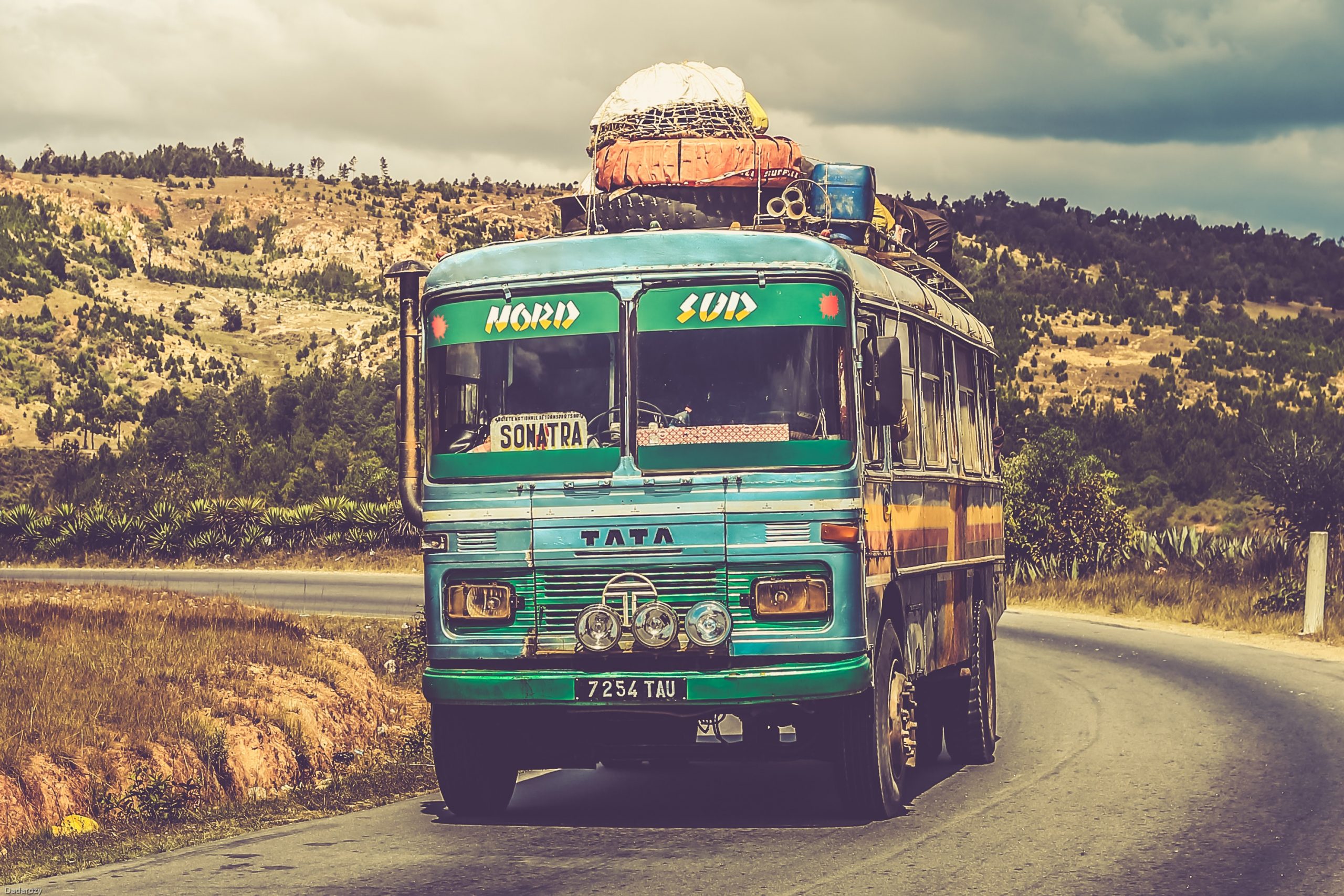 I hate goodbyes. I’m not sure why. I’m normally ok leading up to a goodbye, terrible in the moment of “goodbye, see you again, whenever”, and then ok after that. In my opinion, the best goodbyes to people that you love, are short goodbyes. Except, somehow, with my brother. He and I stretch goodbyes into a few hours and often push the limit of flight boarding times for “one last cold chap” before saying goodbye to each other.

Today I said goodbye to my friend Simon after living with him and his girlfriend Lillie on a beautiful farm in the mountains of Panama for the past two months. As he drove me into the tiny town Bugaba the bus that I needed to catch was a few cars back at the traffic lights, about to cross the road in front of us. Simon pulled up onto the pavement and I rushed to grab my bags and raced to toward the bus, now stopped on the side of the road, waiting for me.
“Paso Canoas?” I ask the young man standing in the open door that leads onto the 20-seater bus.
“Sí”, he replies with a smile.
“Cheers you motherfucker!” I say to Simon as we man hug each other. (My days of feeling awkward about hugging another man are in my past, but I make sure I don’t try it while they’re in the shower for example.)
“Cheers my man travel safe and let me know when you arrive in San José”
“For sure, thanks for everything boy!”
And just like that, my ‘big’ bag it taken, loaded into the back of the bus and I board the air-conditioned bus with about ten of the twenty seats occupied. Short goodbyes are the best goodbyes.
“Buen Dià” - I say, greeting all 10 passengers on the bus.
“Bueans.”
“Hola”.
A raised head and a smile from the old man at the back talking on his phone. I love how everyone greets complete strangers on a bus. I see this on most buses in Latin America.

I take a 2-seater to my self and look out of the window to my right, waving goodbye to Simon standing lone on the sidewalk as the bus pulls away. I’m once again filled with that feeling that I get every single time I travel or am on the move. Always a lot of excitement.  A healthy amount of apprehension.
Do I have my passport? Taken my laptop charger from my room? Ticket? Yup. I am good to go. As the bus pulls out of Bugaba onto the Pan American highway towards Costa Rica, I stare out of the window. Small, lower income houses line the road, all on decent size properties. All of the gardens are tidy and well maintained. All the houses seem to have recently acquired a colourful coat of paint. An elderly man, dressed in simple clothes walks in the front garden of his property leading a beautiful brown horse. A perfectly clean, cream coloured cowboy hat casting a shadow onto a face that shows the number of years of work he’s completed, not indoors.

The bus system in the three Latin American countries I’ve been to so far appears to be a formally run network of private bus owners/companies. I don’t know for sure, but it seems that most often the driver of a bus is also the owner, and they operates an agreed route that fits into a schedule of other private drivers. Each bus is often decorated in a unique way. The name of the owner, a neon paint job or interior and exterior lighting not unlike a Christmas tree makes each bus unique. The service for a client is always exceptional. Busses leave and arrive on time. The chairs and interior: always clean and in great condition. All have AC and they always work, often too well. The story of the eight hour bus ride from Panama City two months ago where I was underdressed for the overzealous air-conditioning and accepted the offer to share a blanket with the woman in the seat next to me, is another amazing example of the warmth (pun intended) of the people I’ve grown to love in Central America. The other part of the culture in this part of the world I connect with is the music. It flows from everywhere. Open taxi’s windows, supermarkets, peoples front doors and every, single, bus.

As I stare out of the window, I am filled with a deep sense of happiness. I am aware of the smile plastered across my face as I sit consciously taking in as much of the experience as I can.

“Radio uno cero tres punt tres" I didn’t hear the entire name, but the music was from a local radio station. The first three songs had been in English, the genre, best described as “steamy” late 70’s or early 80’s. I didn’t recognise the first three songs but artists that I think were from this time and genre would be Dionne Warwick, Aaron Neville and Diana Ross.
“Reeeeeeuuuunited, ‘cause we got each other”, the music filled the bus. As the ‘reunited ‘cause we got each other’ song blended into the next track overlaid by a radio jingle in Spanish where I again only picked up ‘uno cero tres punt tres’  I heard a noise from behind me.
“MMM”.  I turned my head to the seat behind me, a well-dressed man, perhaps in his early 60’s. Our eyes meet, we exchange a smile and I turn my head forward again. As the lyrics of the song start, he begins to sing, every single word of the new song. In English. Perfectly. Amazing.

Irrespective of the size of the bus, or the length of the journey, there is always a crew of two people. The driver, a male aged between 35 and 60, and a ‘conductor’ also always male, aged between 16 and 35. It often feels like the driver might be the father that employs his son to learn the ropes and spend a few years 'learning the business', before moving into the front left seat. A right of passage. The younger conductor is responsible for client satisfaction and collections. He stands inside the bus, at door helping people on and off and collecting fares from the passengers.

The bus grinds to a halt as it veers to the right side of the road to stop for a passenger. A young woman, carrying an immaculately dressed, very fresh baby increases her pace so as not to keep the bus waiting for her. The umbrella in left hand proving shade for her and the newborn in her right arms. As she approaches the bus, she offloads the umbrella, still open, and her large bag that had been slung over her shoulder to the young man that’s left his post inside the door of the bus.
“Bueans”, she says as she smoothly climbs the narrow stairs, now holding only her child and takes the single seat in the front right of the bus. The young man closes her umbrellas and boards the bus bringing with him the newest passenger's large bag and umbrella.

As the bus pulls off again the driver slides a CD into the sound system.  Upbeat Spanish music replaces the silky smooth music I’ve seen at the beginning of some movies that normally end with the characters doing all sorts of things you don’t anticipate when a man arrives to mend a leaky tap.

I don’t know nearly enough Spanish yet to understand the words to music, but at times I pick up some words that I understand. A winey male voice: ‘comprende pro favor’. 'Please understand’.
Sounds like he's done something he shouldn't have.

The sign that passes the window lets me know that we’ve arrived at the Panamanian / Costa Rican border. The bus comes to a stop and 12 of the now 18 people on board stand up and disembark.
Ok, time to mission.
I disembark also and walk to the back of the bus, where the clean-cut, well-mannered young conductor is standing, up straight, next to my bag that he’s unloaded from the bus.
“Muchas Gracias Amigo”, I say.
“Equalmente” he replies with a proud smile.
With my sling bag across my shoulder, I turn and head on foot the last 150m into Costa Rica with all my worldly possessions rolling closely behind, excited about another 5-hour bus ride ahead of me.